Posted by Jason@Jostens on July 10, 2012
Posted in: Uncategorized. Leave a comment

The layouts produced for McLean High School’s 2012 yearbook (The Clan, sponsored by Meghan Percival) were selected out of 350 entries from across the country.  Contest judges include former and current yearbook advisers, industry instructors and professionals, as well as Jostens Yearbook experts.

The winning designs will be featured in the 2013 Gotcha Covered Look Book and will also be featured on Jostens and Adobe websites.

The 2011 contest winners are located at http://www.jostens.com/yearbooks/ybk_advisers_cd_contests_adobe.html 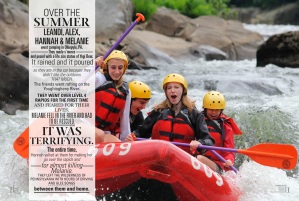