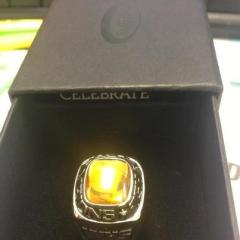 To receive the Savedge Award, a school must receive five Trophy Class rankings within a seven-year period. The VHSL has recognized schools since 1995 for the Award for Sustained Excellence in Scholastic Journalism.

Jostens has been the official commemorative partner with the VHSL since 2008 and through the partnership, designs and crafts the rings allowing every adviser and coach to personalize their own ring.

Jostens and the Virginia High School League are privileged to recognize and provide this symbol of excellence to deserving State Champion advisers and athletic coaches across the State of Virginia each year.